Manchester United player, Paul Pogba, has shared his opinion on the recent killing of an American, George Floyd.

Floyd, 46, died on May 25 at the hands of a White police officer in Minneapolis and the France World Cup winner has now joined in the widespread condemnation.

The 27-year-old said: “During the past few days I have thought a lot about how to express my feelings about what happened in Minneapolis.

“Sadness for George and for all black people who suffer from racism EVERY DAY!

“Whether in football, at work, at school, anywhere. This has to stop, once and for all. Not tomorrow or the next day, it has to end TODAY!

“Violent acts of racism can no longer be tolerated. I cannot tolerate it. 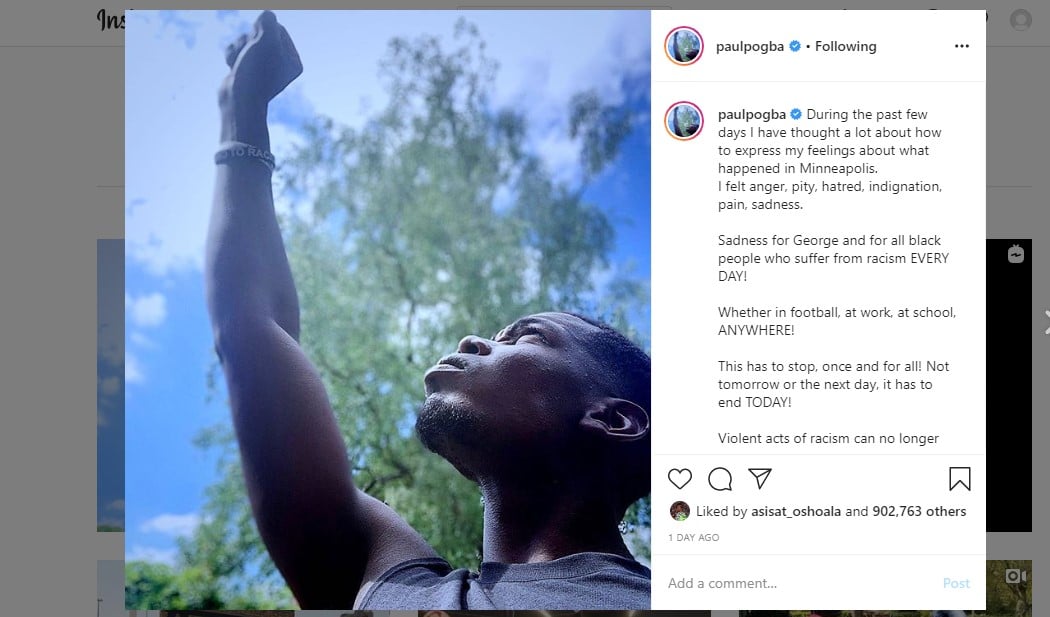