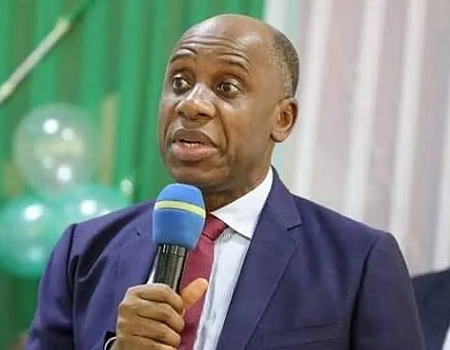 The Minister of Transportation, Hon Rotimi Amaechi has disclosed that Nigeria has already paid back $96 million out of the $500 million loan the country borrowed from China for the construction of railways. He insisted that the Nigerian government had the capability to pay back the loans collected within the stipulated period of twenty years. […]

Tribune Online Boko Haram’s attack on UN helicopter won’t go without consequences ― Buhari President Muhammadu Buhari, on Sunday night, condemned what he called “the dastardly attack on UN aid helicopter in the Northeast on Saturday by the Boko Haram terrorists.” According to a statement Garba Shehu, Senior Special Assistant to the President (Media & Publicity) in […]